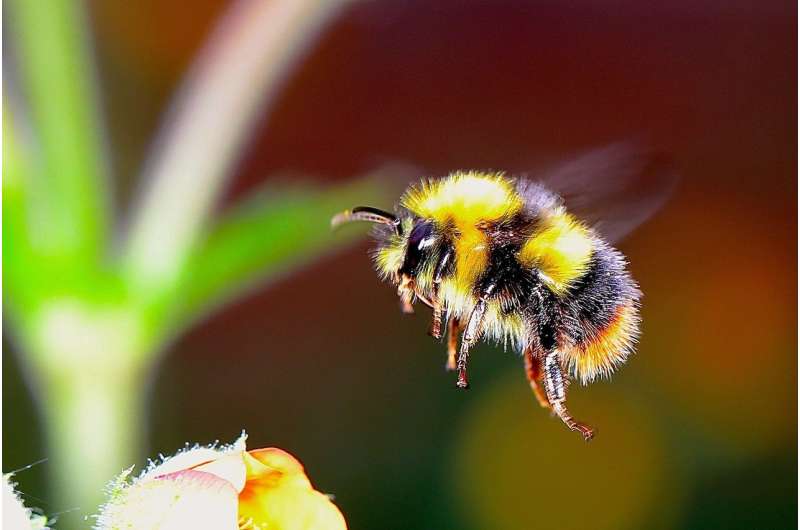 Without bumble bees, a flowering plant that can self-pollinate lost substantial genetic variation within only nine generations, an experimental study found.

A group of “selfing” monkeyflower plants lost 13% to 24% of their genetic variation compared to another group that were propagated by bumble bees. This loss could rob the plants of their ability to adapt to environmental challenges, according to the study published in the journal Evolution. With bee populations on the decline in nature, the findings point to serious issues for wild plants and crops that rely on these pollinators.

“We found that in a very short amount of time, there were major consequences on the genomes of the plants when they had to adopt selfing,” said Jeremiah Busch, a Washington State University evolutionary biologist and lead author on the study.

Pollinators like bees are important to biodiversity in their own right, Busch added, but the study indicates that their decline will also have potentially devastating impacts on plants, and quickly.

“If pollinators are lost, it’s not just going to be a problem for the pollinators: plant populations will lose genetic variation in tens of generations—not thousands, but tens,” said Busch.

While scientists have known that adopting self-pollination can endanger a plant species long-term survival, they did not know exactly how that worked genetically or how quickly.

Busch’s colleagues set up a controlled greenhouse experiment using yellow monkeyflower plants, a common wildflower found in the Western U.S., in which a group of plants were isolated from their bumble bee pollinators. At first the non-bee plants produced few seeds, then they produced a lot as they adapted to self-pollinate. The flowers changed as well with their male and female reproductive parts, the tops of their stamens and pistils, moving closer together to allow for the easier transfer of pollen.

While the selfing plants continued to reproduce, they lost genetic variation compared to a control group that were visited by bumble bees.

Adaptation is key to explaining these surprising declines, Busch said. In selfing populations, a favored genotype will spread if it has an advantage, but so do all other mutations it carries, simply because they are lucky enough to reside in that plant’s genome. This phenomenon of “genetic hitch-hiking” is much less pronounced when bees visit plants because offspring are a mix of their parents’ genetic variability.

“Strong inbreeding fundamentally altered the consequences of adaptation,” he said.

Future research should follow plants over a longer period of time to see if and when the loss of genetic variation leads to population collapse, said Busch.

“A really important next step is to see how fast highly inbred groups will have their viability decline over time—to know how quickly those populations will go extinct,” he said. “We need to really understand what the consequences are from pollinator loss. It will matter for wild populations of plants and crops. A lot of crops depend on bees.”