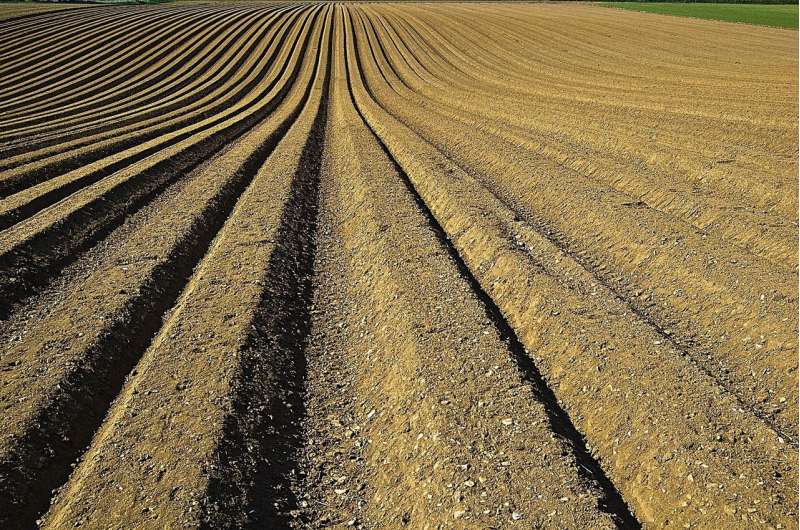 A projected shortage of sulfuric acid, a crucial chemical in our modern industrial society, could stifle green technology advancement and threaten global food security, according to a new study led by UCL researchers.

The study, published in the Royal Geographical Society (with the Institute of British Geographers) journal The Geographical Journal, highlights that global demand for sulfuric acid is set to rise significantly from ‘246 to 400 million metric tons’ by 2040—a result of more intensive agriculture and the world moving away from fossil fuels.

The researchers estimate that this will result in a shortfall in annual supply of between 100 and 320 million metric tons—between 40% and 130% of current supply—depending on how quickly decarbonization occurs.

A vital part of modern manufacturing, sulfuric acid is required for the production of phosphorus fertilizers that help feed the world, and for extracting rare metals from ores essential to the rapidly required green economy transition, like cobalt and nickel used in high-performance Li-ion batteries.

Currently, over 80% of the global sulfur supply is in the form of sulfur waste from the desulfurization of crude oil and natural gas that reduces the sulfur dioxide gas emissions that cause acid rain. However, decarbonization of the global economy to deal with climate change will significantly reduce the production of fossil fuels—and subsequently the supply of sulfur.

This study, led by researchers at University College London (UCL), is the first to identify this major issue. The authors suggest that unless action is taken to reduce the need for this chemical, a massive increase in environmentally damaging mining will be required to fill the resulting resource demand.

Study lead author, Professor Mark Maslin (UCL Geography), said: “Sulfur shortages have occurred before, but what makes this different is that the source of the element is shifting away from being a waste product of the fossil fuel industry.

“What we’re predicting is that as supplies of this cheap, plentiful, and easily accessible form of sulfur dry up, demand may be met by a massive increase in direct mining of elemental sulfur. This, by contrast, will be dirty, toxic, destructive, and expensive.

“Research is urgently needed to develop low-cost, low environmental impact methods of extracting large quantities of elemental sulfur from the abundant deposits of sulfate minerals in the Earth’s crust. The international community should consider supporting and regulating sulfur mining to minimize the impacts of the transition and also to avoid cheap unethical production from distorting the market.”

Study co-author Dr. Simon Day (UCL Institute for Risk & Disaster Reduction) said: “Our concern is that the dwindling supply could lead to a transition period when green tech outbids the fertilizer industry for the limited more expensive sulfur supply, creating an issue with food production particularly in developing countries.”

To determine their findings, the researchers estimated three sulfuric acid demand scenarios from 2021 to 2040, based on historic and forecast demand, with annual growth rates ranging from 1.8% to 2.4%.

The authors also explore several ways that demand for sulfur could be reduced as part of the transition to post-fossil fuel economies, including recycling phosphorus in wastewater for the fertilizer industry, by increasing the recycling of lithium batteries, or by using lower energy capacity/weight ratio batteries, as these require less sulfur for their production.

In addition, they prompt crucial questions about whether it would make economic sense to invest in alternative production methods, given it is not currently possible to predict how quickly the supply of sulfur as a waste product from oil and gas desulfurization will decrease as decarbonization of the global economy is only just starting.

However, they conclude that by recognizing the sulfur crisis now, national and international policies can be developed to manage future demand, increase resource recycling, and develop alternative cheap supplies