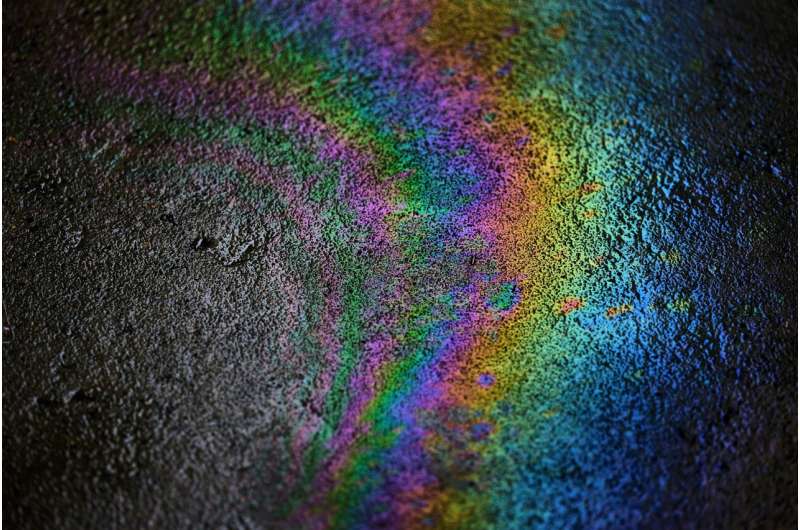 Small amounts of highly weathered oil residues from the 2010 Deepwater Horizon disaster were still present in the surroundings ten years later, shows a new report. Crude oil is a complex mixture with many components that undergo chemical reactions in the environment. These transformed chemicals, as well as longer persisting oil products, can impact local ecosystems and a better understanding of the fates of these molecules can help future cleanup efforts.

The oil spilled during the Deepwater Horizon disaster in 2010 was largely transformed by the end of that summer, reports a new study in Frontiers in Marine Science. But some small quantities of chemical residues still persisted in the environment even ten years later. This latest study follows the varied fates of the leaked petroleum components, providing important insights for future spills and cleanup efforts.

“The better we understand the chemicals and their chemical reactive properties as well as their physical properties, the better we will be able to mitigate oil spills and understand and detect environmental damages from oil spills,” said first author Prof Edward Overton of Louisiana State University.

“Our paper describes the most abundant chemicals that make up typical crude oil and their potential fates in the environment.”

Crude oil is a highly complex mixture. Overton and his collaborators focused on the components that were present at the highest concentrations in spilled oil and those that are the most toxic (as listed on the US Environmental Protection Agency’s priority list). By collecting and analyzing environmental samples from the water, seafloor, and surrounding shorelines in numerous response studies, they followed the persistence and chemical transformations that occurred in the following months and years, up through 2020.

Once released into the environment, significant portions of the oil evaporated into the air (between 30 and 40%). Water-soluble chemicals dissolved relatively quickly into the sea and were biodegraded by marine organisms, but this was not true for all of the spilled oil’s components. Oily layers coated the shoreline grasses and some particles even sank to the seafloor, with low quantities still present in 2020.

However, large portions of the spill also underwent sun-dependent chemical transformations or were degraded by microbes.

“The important point about oil spills is that the oil’s compounds are a type of material that can be degraded by sunlight and marine bacteria (biodegradation), in contrast to other types of pollutants such as the chlorinated pesticides like DDT,” explained Overton. “Oil spills release lots of chemicals quickly and most damage from oil spills occurs fairly soon after the spill.”

The short and long term

In addition to the longer persisting oil residues, this research suggests that many environmental impacts are also caused by the chemically altered oil components. These new chemicals can have different toxicities, as well as physical properties that influence the levels of exposure in wildlife to these residues.

However, such transformations are highly dependent on the local conditions and weather, which makes them difficult to predict for future spills. Nevertheless, this research provides important insights into many of the most prevalent pathways as oil degrades in the environment.

“Environmental circumstances surrounding specific spills greatly affect how quickly the compounds can react, what they cover or coat and how much oxygen can be taken up in critical habitats,” said Overton.

“Therefore, broad generalization about oil spills requires understanding what was spilled and what are the environmental conditions of the spill. Hopefully this paper will help expand our understanding of the types of chemicals that are found in oil and their ability to cause environmental damages.”