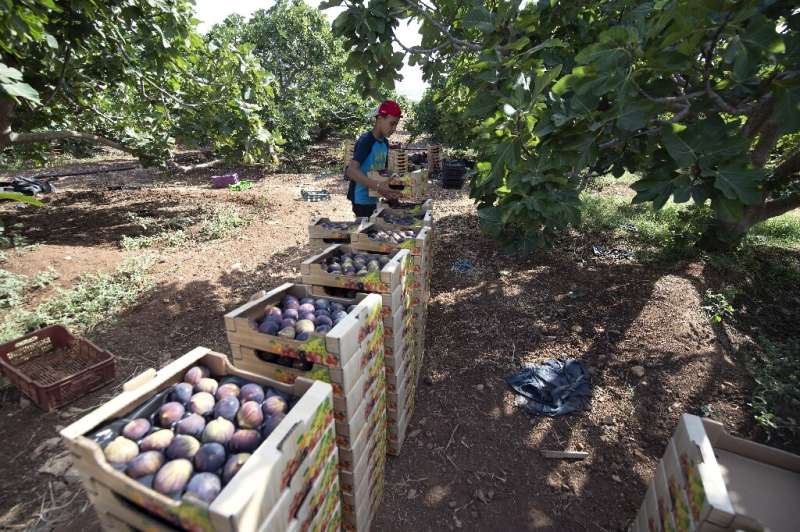 High in the hills of northwestern Tunisia, farmers are growing thousands of fig trees with a unique system of terracing they hope will protect them from ever-harsher droughts.

High in the hills of northwestern Tunisia, farmers are tending thousands of fig trees with a unique system of terracing they hope will protect them from ever-harsher droughts.

But the “hanging gardens” of Djebba El Olia have been put to the test this year as the North African country sweltered through its hottest July since the 1950s.

That has exacerbated a long drought that has left Tunisia’s reservoirs at just a third of their capacity.

The gardens are supplied with water from two springs high in the mountains.

The water is fed into the orchards by a network of canals that are opened and shut at set times, according to the size of the orchard.

Crucially, a wide variety of crops provides resilience and in-built pest control, unlike the monocultures that dominate modern agriculture and require huge inputs of pesticides to survive.

“We grow figs but also other trees like quinces, olives and pomegranates, and beneath them we plant a wide range of greens and legumes,” said activist Farida Djebbi as insects buzzed between thyme, mint and rosemary flowers.

Djebbi pointed out some of the channels, which irrigate the area’s 300 hectares (740 acres) of steeply sloping orchards.

In 2020, the Food and Agriculture Organization recognised the system as an example of “innovative and resilient agroforestry”, adding it to an elite list of just 67 “Globally Important Agricultural Heritage Systems”. 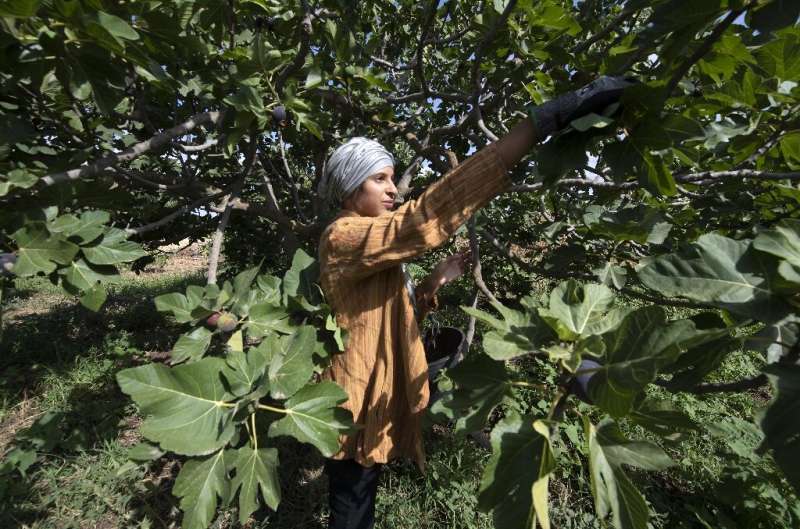 The “hanging gardens” of Djebba El Olia have been put to the test this year as the North African country sweltered through its hottest July since the 1950s.

The system “has been able to adapt and take advantage of an inhospitable topography”, the UN agency said.

“Through the use of natural geological formations and the use of stones, local communities have been able to transform the landscape into fertile and productive lands.”

The FAO praised the diversity of local crop varieties grown by the area’s farmers, as well as their use of wild plants to repel potential pests and of livestock to “plough” and fertilise the soil.

Growing up with figs

While nobody knows exactly how old the system is, human habitation in the area predates the Carthaginian civilisation founded in the ninth century BC.

But while it may have endured for generations, the system is under threat as climate change kicks in.

Activist Tawfiq El Rajehi, 60, says the flow of water from springs irrigating the area has dropped off noticeably, particularly in the past two years. 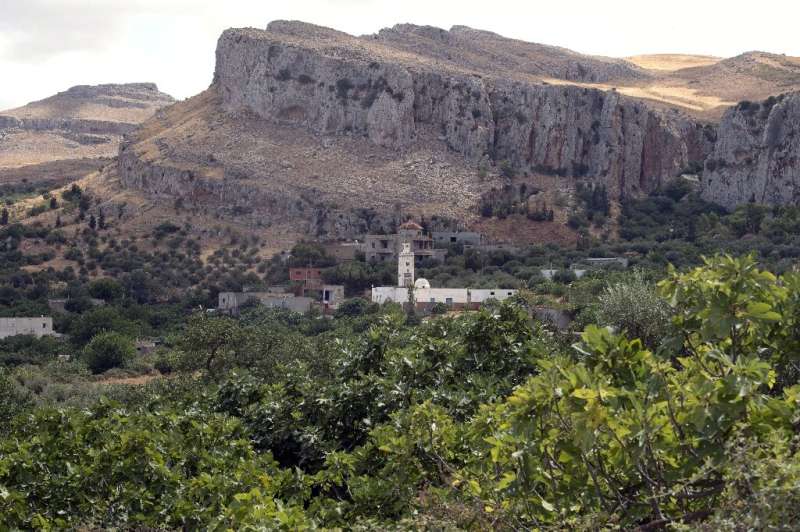 A unique system of terracing aims to protect fig trees from ever-harsher droughts.

Unlike in previous years, the surrounding peaks no longer get covered in snow each winter, and the leaves of many of the trees in the lower part of Djebba are yellowing and sick.

Rajehi, a teacher at the local school, said climate change and low rainfall were compounded by another factor: farmers favouring cash crops.

“Some farmers have moved to growing more figs instead of less water-intensive crops because figs have become more profitable in recent years,” he said.

“We need to keep a good balance and variety of plants.”

Nevertheless, residents say they are proud of their heritage.

Farmer Lotfi El Zarmani, 52, said there was also growing demand for Djebba figs, which were given a protected designation of origin by the agriculture ministry in 2012—still the only Tunisian fruit to enjoy the certification.

“They’re getting a reputation, plus exporting them has become easier, plus they bring higher prices,” Zarmani said, adding that most exports go to the Gulf or neighbouring Libya.

Rajehi’s daughter, university student Chaima, put on protective gloves as she set out to harvest the fruit from her family’s small lot.

“Figs are more than a fruit for us. We’re born here among the fig trees and we grow up with them, we learn from a young age how to look after them,” the 20-year-old said.

Djebbi is working to persuade farmers to preserve traditional ways of processing the products harvested in the area.

She is working with 10 other women on a cooperative that distils essence from wildflowers, dries figs, and produces fig and mulberry jam.

“Products we learnt how to make from our mothers and grandmothers are becoming popular because they’re of such high quality,” she said.