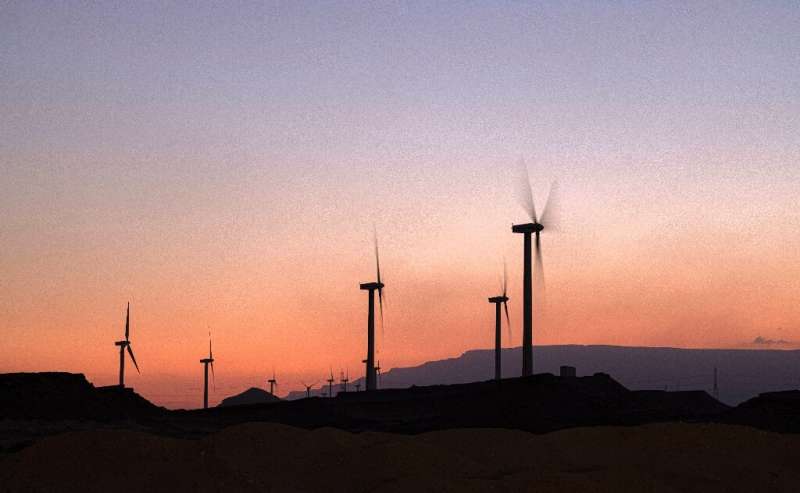 Wind turbines on the Red Sea coast of Egypt, which has agreed on a large new wind energy project with the UAE.

The United Arab Emirates and Egypt agreed Tuesday to develop one of the world’s largest wind farms in a deal struck on the sidelines of the UN’s COP27 climate summit in Sharm el-Sheikh.

The 10-gigawatt (GW) onshore wind project in Egypt will produce 47,790 GWh of clean energy annually once it is completed, the UAE’s state news agency WAM said in a statement, without specifying an exact timeframe.

It will offset 23.8 million tonnes of carbon dioxide emissions—equivalent to around nine percent of Egypt’s current CO2 output, according to WAM.

The wind farm will also save Egypt an estimated $5 billion in annual natural gas costs and help create as many as 100,000 jobs, it said.

In a statement on Twitter, Sheikh Mohamed said the deal was “consistent with our commitment to advance renewable energy solutions that support sustainable development”.

The UN’s COP27 climate summit kicked off Sunday in Egypt with warnings against backsliding on efforts to cut emissions and calls for rich nations to compensate poor countries after a year of extreme weather disasters. 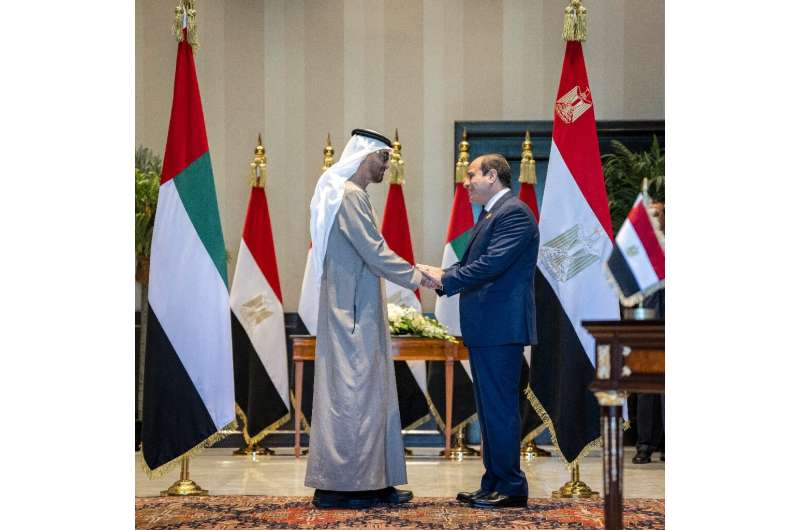 UAE President Sheikh Mohamed bin Zayed al-Nahyan, on the left, and Egypt’s President Abdel Fattah el-Sisi shake hands after a ceremony to sign a memorandum of understanding to build a 10-gigawatt onshore wind project in Egypt.

“We will endeavour to take forward the gains made here at COP27, as the UAE prepares to host COP28 next year,” WAM quoted Emirati industry minister Sultan Ahmed Al Jaber as saying.

How Fetterman drew Oprah into the race against Oz