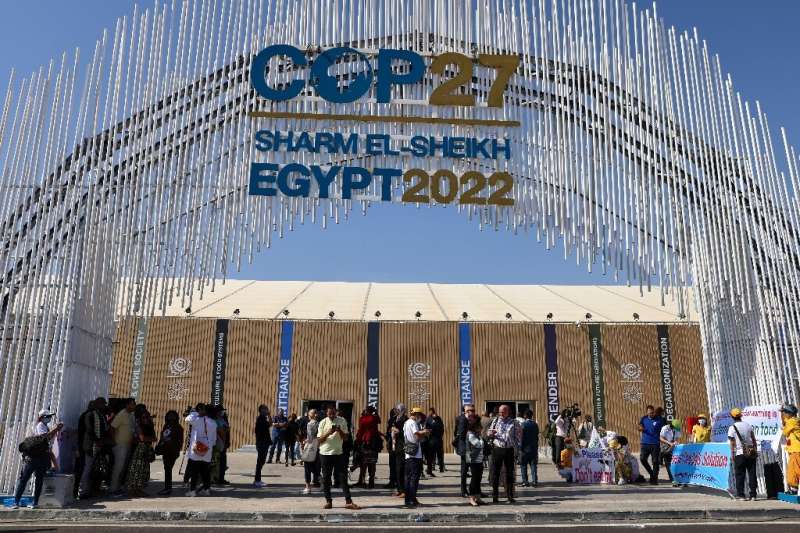 The COP27 comes in a fraught year marked by Russia’s war on Ukraine, an energy crunch, soaring inflation and the lingering effects from the Covid pandemic.

The UN’s COP27 climate summit kicked off Sunday in Egypt with warnings against backsliding on efforts to cut emissions and calls for rich nations to compensate poor countries after a year of extreme weather disasters.

Just in the past few months, climate-induced catastrophes have killed thousands, displaced millions and cost billions in damages across the world.

The conference in the Red Sea resort of Sharm el-Sheikh comes in a fraught year marked by Russia’s war on Ukraine, an energy crunch, soaring inflation and the lingering effects from the COVID pandemic.

But Simon Stiell, the UN’s climate change executive secretary, said he would not be a “custodian of backsliding” on the goal of slashing greenhouse emissions 45 percent by 2030 to cap global warming at 1.5 degrees Celsius above late-19th-century levels.

“We will be holding people to account, be they presidents, prime ministers, CEOs,” Stiell said as the 13-day summit opened.

“The heart of implementation is everybody everywhere in the world every single day doing everything they possibly can to address the climate crisis,” he said. 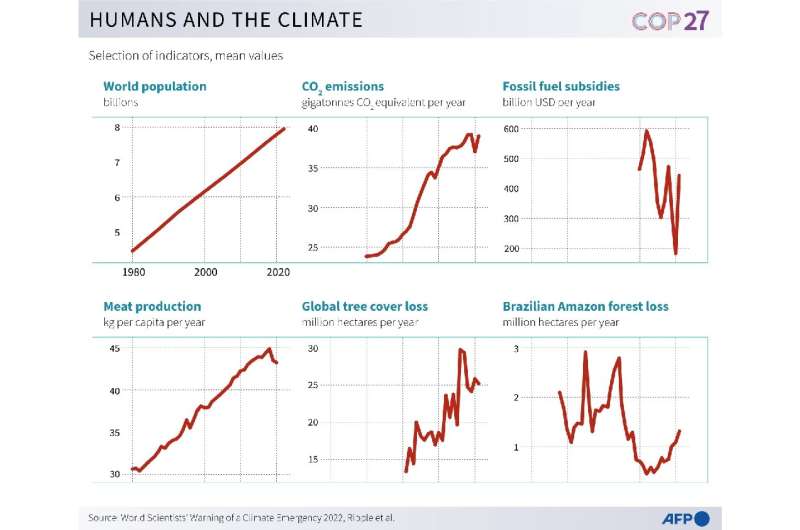 Chart showing a selection of indicators of human action and impact on the climate.

Current trends would see carbon pollution increase 10 percent by the end of the decade and Earth’s surface heat up 2.8C, according to findings unveiled last week.

Promises made under the 2015 Paris Agreement would, if kept, only shave off a few tenths of a degree.

“Whilst I do understand that leaders around the world have faced competing priorities this year, we must be clear: as challenging as our current moment is, inaction is myopic and can only defer climate catastrophe,” said Alok Sharma, British president of the previous COP26 as he handed over the chairmanship to Egypt.

“How many more wake-up calls does the world—and world leaders—actually need?”, he said.

The COP27 summit will focus like never before on money—a major sticking point that has soured relations between countries that got rich burning fossil fuels and the poorer ones suffering from the worst consequences of climate change. 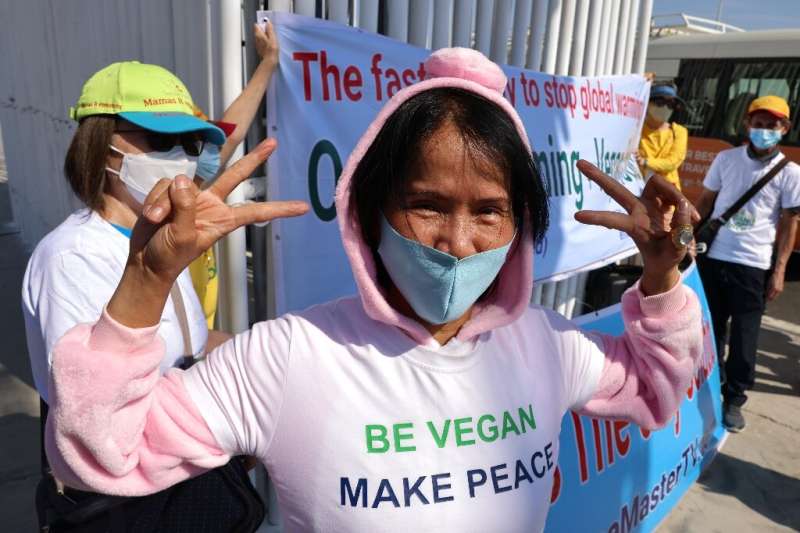 The United States and the European Union—fearful of creating an open-ended reparations framework—have dragged their feet and challenged the need for a separate funding stream.

Delegates agreed on Sunday to put the “loss and damage” issue on the COP27 agenda, a first step toward what are sure to be fraught discussions.

Inclusion of the agenda item “reflects a sense of solidarity and empathy for the suffering of the victims of climate induced disasters,” said COP27 president Sameh Shoukry of Egypt.

“We all owe a debt of gratitude to activists and civil society organisations who have persistently demanded the space to discuss funding for loss and damage,” he said to applause.

Shoukry also noted that rich nations have not fulfilled a separate pledge to deliver $100 billion per year to help developing countries green their economies and build resilience against future climate change. 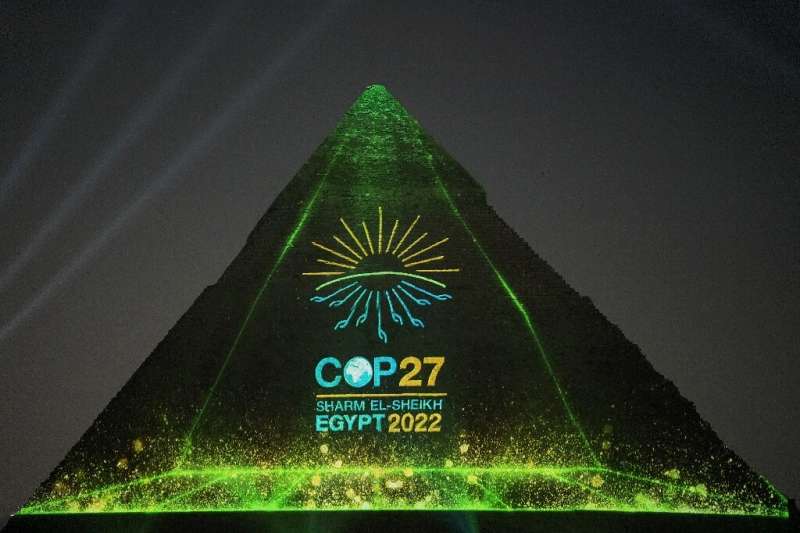 The COP27 summit will focus like never before on money, a major sticking point.

He also lamented that most climate financing is based on loans.

“We do not have the luxury to continue this way. We have to change our approaches to this existential threat,” he said, calling for solutions that “prove we are serious about not leaving anyone behind.”

After the first day of talks, more than 120 world leaders will join the summit on Monday and Tuesday.

The most conspicuous no-show will be China’s Xi Jinping, whose leadership was renewed last month at a Communist Party Congress.

US President Joe Biden has said he will come, but only after legislative elections on Tuesday that could see either or both houses of Congress fall into the hands of Republicans hostile to international action on climate change.

Cooperation between the United States and China—the world’s two largest economies and carbon polluters—has been crucial to rare breakthroughs in the nearly 30-year saga of UN climate talks, including the 2015 Paris Agreement.

But Sino-US relations have sunk to a 40-year low after a visit to Taiwan by House leader Nancy Pelosi and a US ban on the sale of high-level chip technology to China, leaving the outcome of COP27 in doubt.

A meeting between Xi and Biden at the G20 summit in Bali days before the UN climate meeting ends, if it happens, could be decisive.

One bright spot at COP27 will be the arrival of Brazilian president-elect Luiz Inacio Lula da Silva, whose campaign vowed to protect the Amazon and reverse the extractive policies of outgoing President Jair Bolsonaro.