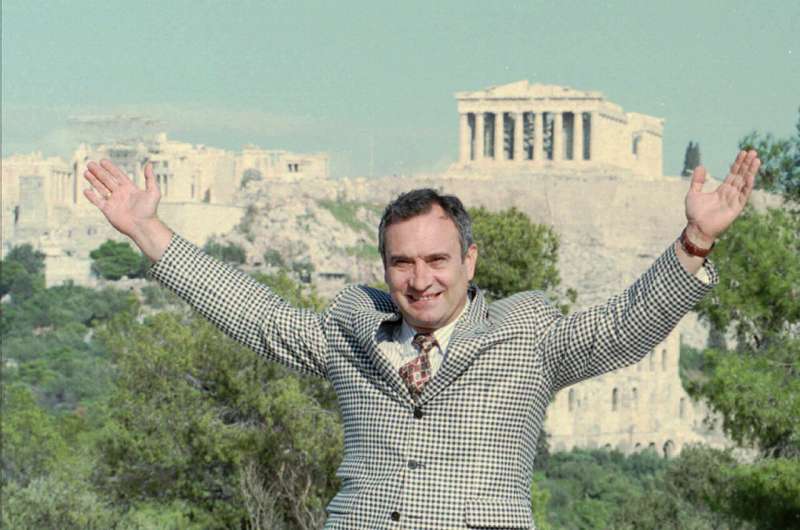 Valery V. Polyakov, the cosmonaut who set a world record for spending time in space on the MIR space station from Jan. 8, 1994, to March 22, 1995, enjoys a visit to the Philopappos Hill in Athens, with the ancient Parthenon in the background, on Oct. 16, 1995. Polyakov has died at age 80, Russia’s space agency announced Monday, Sept. 19, 2022. Credit: AP Photo/Aris Saris, File

Valery Polyakov, the Soviet cosmonaut who set the record for the longest single stay in space, has died at age 80, Russia’s space agency announced Monday.

Polyakov’s record of 437 days in space began Jan. 8, 1994, when he and two others blasted off on a two-day flight to the Soviet space station Mir. While aboard Mir, he orbited the Earth more than 7,000 times, before returning March 22, 1995.

Upon landing, Polyakov declined to be carried out of the Soyuz capsule, as is common practice to allow readjustment to the pull of gravity. He was helped to climb out himself and he walked to a nearby transport vehicle. Polyakov had trained as a physician and wanted to demonstrate that the human body could endure extended periods in space.

The announcement by space agency Roscosmos did not state a cause of death.