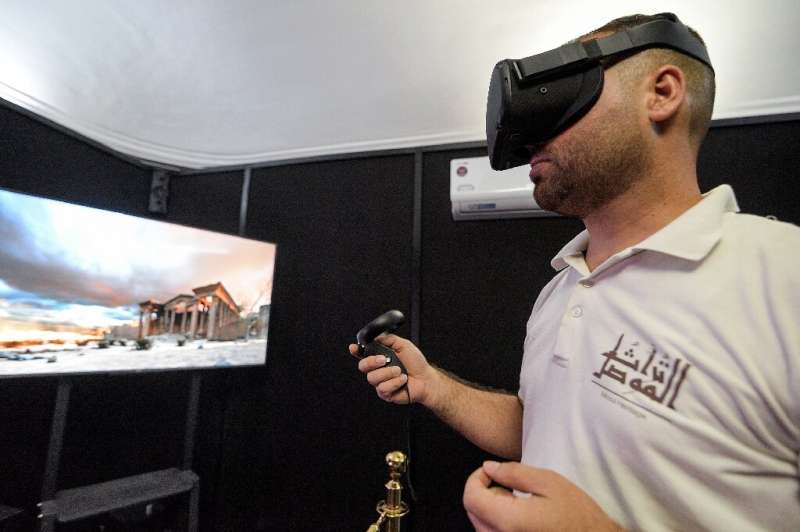 Using thousands of photographs, engineers have given a virtual rebirth to five historic sites in Mosul and the broader Nineveh province.

An Iraqi museum is using computer technology and virtual reality headsets to turn back time, so visitors can explore heritage sites destroyed by jihadist fighters and in battles to defeat them.

Islamic State group fighters captured a third of Iraq in a lightning offensive in 2014, seizing the northern city of Mosul as their stronghold and vandalizing or destroying a swathe of cultural sites across the country.

Now, using thousands of photographs, a group of local engineers have given a virtual rebirth to five historic sites in Mosul and the broader Nineveh province, including a mosque and its leaning minaret.

“It takes you to another world,” said Mahiya Youssef, pulling the VR goggles off her rose-covered hijab at the Mosul Heritage House museum, after exploring the 3D images of damaged buildings.

“I really wish it was the real Mosul, not just a virtual version”, added Youssef, 50, who works in a food factory in the northern city. “The return to reality is painful.”

The IS group’s then chief, Abu Bakr al-Baghdadi, made his only confirmed public appearance at Mosul’s Al-Nuri mosque, where he declared the establishment of a “caliphate”.

Mosul’s Old City was reduced to rubble during the battle to retake the city, including the mosque and its adjacent leaning minaret, nicknamed Al-Hadba or the “hunchback”.

Iraqi authorities have accused IS of planting explosives at the site before their withdrawal. Only the minaret’s base survived. 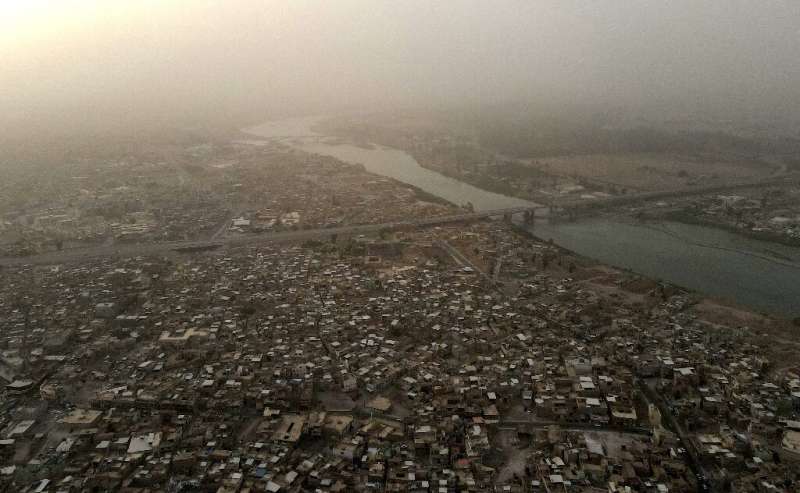 VR technology has been used before to recreate the heritage destroyed by the IS group, including a UNESCO-backed exhibit in the United States.

But this museum brings sites back to life for the people who live in Mosul.

“Many children have never seen the Al-Nuri mosque and its Al-Hadba minaret,” 29-year-old Ayoub Younes, the museum’s founder.

“We try, through virtual reality, to let the person experience visiting those sites and retrieve those memories.”

Five years after Iraqi forces and an international coalition routed the jihadists in mid-2017, historic sites, mosques and churches in Mosul are still being restored.

But large parts of the Old City remain oceans of debris.

While some residents have returned to other districts, much of the city remains a patchwork of buildings either ruined or under construction. 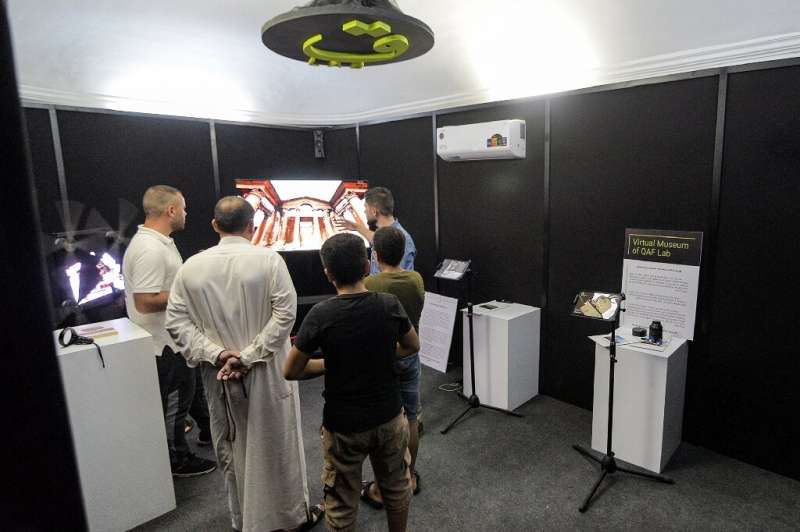 The private museum opened in mid-June and saw more than 4,000 visitors in its first month.

The private museum with a marble facade, sitting along the Tigris river, opened in mid-June and saw more than 4,000 visitors in its first month, Younes said.

In a somber room, curious visitors wait to use the museum’s sole VR headset, a pair of large black googles.

Other sites on the virtual visit are the historic Al-Tahera church, tucked among the once meandering alleyways of the Old City, and the more than 2,000 year old Hatra archaeological site in the desert south of Mosul.

On his computer screen, Abdullah Bashir showed a 3D replica of the mosque housing the Nabi Yunus shrine—revered by both Muslims and Christians as the tomb of Prophet Jonah—which the extremists blew up in 2014.

“We used personal photos and shots taken by residents” to reconstruct the sites in their former state, he said. 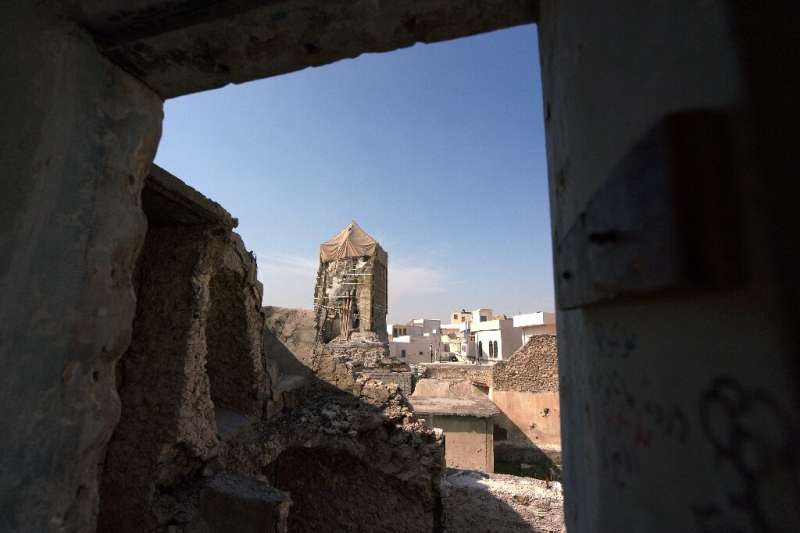 Mosul’s Al-Nuri mosque, which the Islamic State group is accused of damaging, seen on February 23, 2022.

But he said there were “very few” images before 2014, citing the “lack of photos” as the main difficulty.

Bashir and other specialized engineers from QAF Lab have brought the former scenes back to life, in a project he says is “a way of saving the memory of Mosul”.

After his virtual tour, visitor Mohammed Abdullah pushed his wheelchair around the real-life displays in museum’s vaulted rooms.

Many of the exhibits are daily-life objects donated by local families, from terracotta amphoras to oil lamps, traditional wall hangings, metal containers and even an old radio.

Abdullah, 28, a student of telecommunication engineering, also said the contrast between the VR and the reality of Mosul was painful.

“Reconstruction is extremely slow, and is not equal to the devastation,” said Abdullah.

He called for faster restoration of heritage sites both to attract tourists and to “breathe life” into nearby areas. 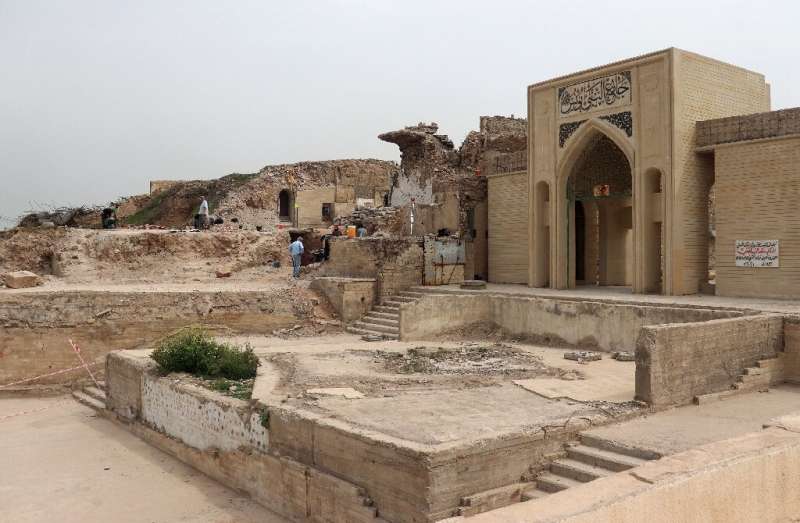 The Nabi Yunus site in Mosul, seen here in March 2022. It was blown up by the Islamic State group.

Despite the bitter taste the virtual visit left, he said he has not lost hope.

“The day will come when we will make this visit in reality,” he said. “It will be even better than the virtual one”.

Putting sharks on the map: A new standard to identify important habitats