Shares of Amazon rose more than 10% in after-hours trading after the Seattle tech giant beat revenue expectations for its second fiscal quarter.

Revenue for the second quarter came in at $121.2 billion, which beat estimates of $119 billion and was up 7% year-over-year. That exceeded the top end of Amazon’s guidance. It was also the same year-over-year growth rate in the first quarter — the slowest rate for Amazon in two decades.

The company posted a $2 billion loss, or $0.20 per share. The net loss includes a pre-tax valuation loss of $3.9 billion included the company’s non-operating expense from its investment in automaker Rivian. Without the Rivian impact, Amazon would have posted a profit of $1.9 billion.

Operating income came in at $3.3 billion, which was down from $7.7 billion in the year-ago quarter but beat analyst estimates.

The company’s guidance, closely watched as a barometer of the economy, predicts revenue will grow between 13% and 17% to a range of $125 billion to $130 billion in the third quarter, with operating income ranging between $0 and $3.5 billion. That would be down from operating income of $4.9 billion in the same quarter last year. 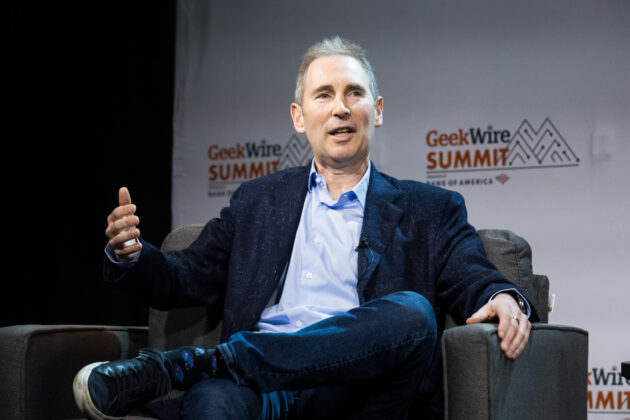 Inflation and other macroeconomic factors are affecting a bevy of consumer-focused companies. In a call with reporters Thursday following the earnings report, Amazon CFO Brian Olsavsky said the company expects inflationary pressures to continue in the third quarter. But he also said Amazon’s demand increased in June.

“We did not notice a step down in June,” he said.

Earlier this year Amazon said it added warehouse space faster than it ultimately needed in response to the challenges of the pandemic, outpacing consumer sales and resulting in an extra $2 billion in costs in the first quarter.

For the first quarter in total, the company said it added $6 billion in incremental costs compared to the year-ago period due to inflationary pressures. That number decreased to $4 billion in the second quarter, in line with the company’s expectations.

“We moved quickly to adjust our staffing levels and improve the efficiency of our significantly expanded operations network,” Olsavsky said.

Shares of Amazon are down nearly 30% this year amid the broader downturn for tech stocks. The company’s 20-for-1 stock split went into effect June 6; shares initially rose more than 5% but are now trading at about the same price, around $120/share.

Here’s a quick breakdown of the company’s financials for the second quarter.

Online stores: Revenue was down 4% year-over-year to $50.9 billion.

Amazon Web Services: Amazon’s cloud business was up 33% at $19.7 billion, with $5.7 billion in operating income, continuing to help drive Amazon’s profits. AWS has an annual run rate of nearly $79 billion.

Shipping costs: Amazon’s shipping costs have ballooned in recent years as the company aims to speed up delivery with its push for one-day shipping. During Q2, Amazon spent $19.3 billion on shipping, up 9%.

Advertising: The company recently started breaking out financials for its growing advertising arm, which brought in $8.7 billion in revenue in the quarter, up 18% over a year ago.

Headcount: Amazon now employs 1.52 million people, up 14% year-over-year, but down from 1.61 million in the fourth quarter, the company’s largest quarter-over-quarter employment decline in history. That figure does not include seasonal and contract workers.