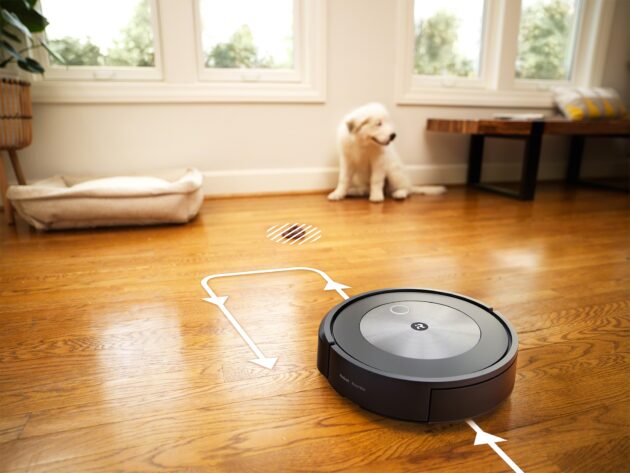 Amazon is set to make another major acquisition.

The Seattle tech giant said Friday it will scoop up iRobot, the Boston-area company known for its Roomba vacuum, in a $1.7 billion deal.

The news comes just two weeks after Amazon announced it will acquire primary care company One Medical for $3.9 billion.

This would be Amazon’s fourth-largest acquisition ever, behind its $13.7 billion purchase of Whole Foods, the $8.45 billion deal to buy MGM, and the One Medical acquisition.

The iRobot deal signals Amazon’s large appetite for acquisitions amid the economic downturn and despite increasing U.S. antitrust scrutiny.

Amazon will acquire iRobot for $61 per share, about a 22% premium from the company’s stock price at market close Thursday. Shares of iRobot were up nearly 20% in pre-market trading Friday.

The deal marks Amazon’s latest investment in the smart home. The company is working on its own home robot, Astro, which debuted in September, and has an array of smart home technology products such as Ring cameras and Alexa-enabled devices.

There are existing connections between Amazon and iRobot: Alexa can control Roomba devices already, and iRobot uses Amazon Web Services.

In addition to consumer robotics, Amazon is also developing robots for the company’s warehouses. Amazon earlier this year invested in Agility Robotics, maker of a bipedal warehouse robot called Digit. It acquired warehouse robot developer Kiva for $775 million in 2012.

Ken Washington, who leads the Astro team as Amazon’s vice president of consumer robotics, made it clear that the company would be expanding its family of home robots, speaking in an interview with GeekWire at the company’s re:MARS conference in Las Vegas. However, it wasn’t apparent until now that the company would do that in part through a major acquisition.

“Astro is our first consumer home robot,” Washington said at the time. “It’s not going to be our last.”

With Astro, the company has embraced a vision for a multi-purpose home robot, able to conduct security patrols, dance, or deliver items to specific people around the house. iRobot has taken a different approach with Roomba as a single-purpose device.

iRobot shares have fallen more than 40% this year. The company’s second quarter revenue, reported Friday, fell to $255.4 million, down from $365.6 million in the year-ago period. It blamed declining revenue on unanticipated order reductions, delays and cancellations from retailers, lower-than-anticipated direct-to-consumer sales, and the impact of changes in foreign exchange rates.

The company’s GAAP operating loss grew to $63.9 million in the quarter, up from a $3 million loss last year.

iRobot said it plans to lay off 140 people, about 10% of its workforce, as part of a restructuring.

iRobot has 15.7 million customers (those who have opted-in to its digital communications), up 35% from the second quarter of 2021.

Perhaps there were earlier signs of Amazon’s interest in iRobot — CNBC reporter Jordan Novet recalled this Instagram post from Amazon founder Jeff Bezos back in 2018.