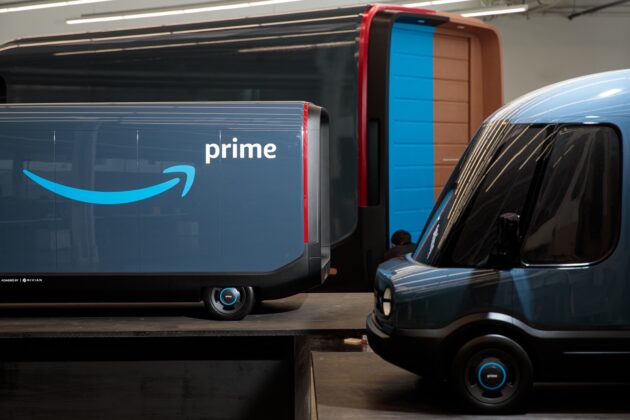 The Seattle-area company created the international Climate Pledge, vowing to reach carbon neutrality by 2040, and urged others to do the same.

Amazon’s overall emissions rose to 71.54 million metric tons of carbon dioxide equivalent, a volume roughly equal to the emissions from Cambodia. The largest emissions growth by percentage was in a category Amazon calls capital goods, which includes building construction, database servers and other hardware, equipment and vehicles.

At the same time, the company notes that its carbon intensity — the amount of carbon released relative to how much gross revenue it generated — had decreased for the third year.

“As companies invest in new products and services, and their businesses grow substantially, the focus should not be solely on a company’s carbon footprint in terms of absolute carbon emissions, but also on whether it’s lowering its carbon intensity,” reads Amazon’s 2021 Sustainability Report. 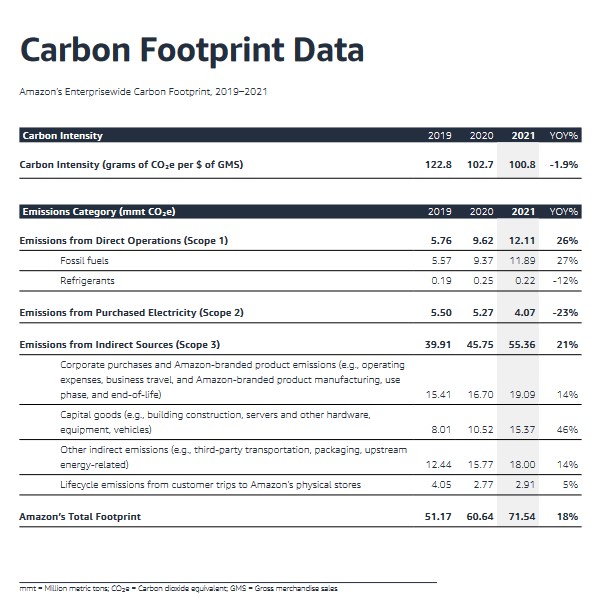 To reduce its emissions, Amazon has been purchasing renewable energy and in 2020 became the planet’s largest corporate purchaser of clean power. The company uses 85% renewable energy across its business. It also created the $2 billion Climate Pledge Fund to invest in promising clean technologies.

“The journey to become more sustainable is not simple or straightforward for any organization. For a company of
the size and broad scope of Amazon, it’s a big challenge,” wrote Kara Hurst, Amazon’s vice president of worldwide sustainability, in the forward to the report. “But at Amazon, we don’t shy away from big challenges. We innovate and create. We don’t have all the answers today, but we believe in the need to act now.”

Amazon’s increased emissions come against the backdrop of sustained growth for the massive online retail sales and cloud computing company. Amazon last week shared its second quarter earnings, reporting $121.2 billion in revenue, which beat estimates of $119 billion and was up 7% year-over-year.

Microsoft, one of Amazon’s greatest rivals in cloud, likewise saw its emissions rise in 2021. After three years of slight declines, Microsoft’s emissions grew 21%.