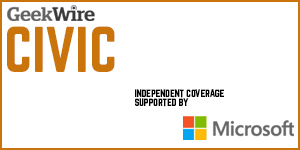 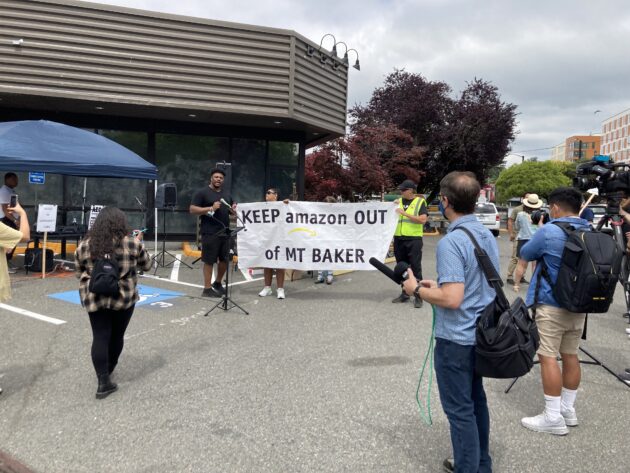 The news: Community organizers at a rally Saturday in Seattle demanded that Amazon withdraw reported plans to build a distribution center at a site in the Rainier Valley area, south of downtown.

Why it matters: Amazon builds most of its warehouses in neighborhoods with a comparatively high number of people of color, and in communities with more low-income residents than average for a given city, according an analysis from Consumer Reports last year. Rainier Valley “is one of the region’s most culturally and economically diverse neighborhoods, and it is also a neighborhood facing significant displacement pressures,” according to the City of Seattle.

The caveat: Reporters spotted permit filings in April 2021 that signaled clues of Amazon’s interest at the Rainier Valley site. GeekWire reached out to Amazon earlier this week after organizers issued a press release ahead of the rally. Amazon, headquartered in Seattle, responded and said it was “not pursuing any sites in the Rainier Valley.” Still, the rally went on as planned, with about 50 people in attendance. “I want them to pull the permit,” organizer Travonna Thompson–Wiley said at the rally.

Protest voices: Speakers at the rally pointed to traffic, safety, pollution, and other concerns at the site, which is near the Mount Baker light rail station. Lauren Holloway, a teacher at nearby Franklin High School, expressed concern that students would be recruited to work at the warehouse. “They’ve been priced out of a region they grew up in, and they certainly don’t need more low-paying Amazon warehouse jobs that will further split their time and talents,” Holloway said. Others previously noted that 4,000 apartments could be built on the site. 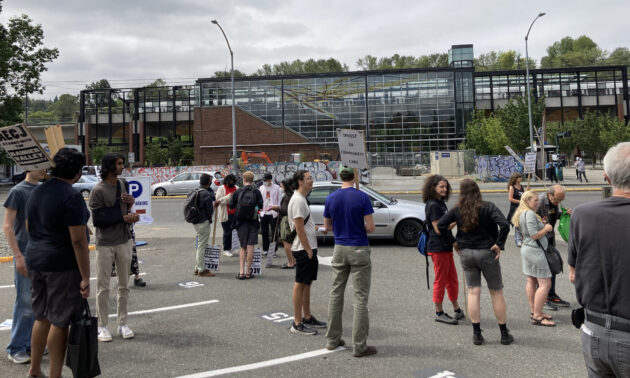 More context: Permitting documents filed with the city in April 2021 outlined a proposal for two warehouses on land currently occupied by a Lowe’s store and a former Pepsi facility owned by Prologis, a logistics company that partners with Amazon to build its warehouses.

A spokesperson with the Seattle Department of Construction and Inspections said it was a preliminary application that was never finalized and submitted.

A Prologis spokesperson did not provide additional details or updates about the site, which is listed as “available now” and “the ideal location for any logistics facility” on the Prologis website.

“We are not pursuing any sites in the Rainier Valley,” Amazon spokesperson Alisa Carroll said in a statement. “We weigh a variety of factors when deciding where to develop future sites to best serve our customers. We often explore multiple locations at the same time and make adjustments based on our operational needs.”

Amazon’s warehouse footprint: The logistics giant has grown its distribution network in recent years as it aims to speed delivery of customer orders. But Amazon recently said it added warehouse space faster that it ultimately needed in response to the challenges of the pandemic, leaving it with $2 billion in extra costs in the first quarter.

Worth noting: Amazon is supporting a 155-unit development at the Mount Baker light rail station as part of its housing fund for moderate- to low-income earners.