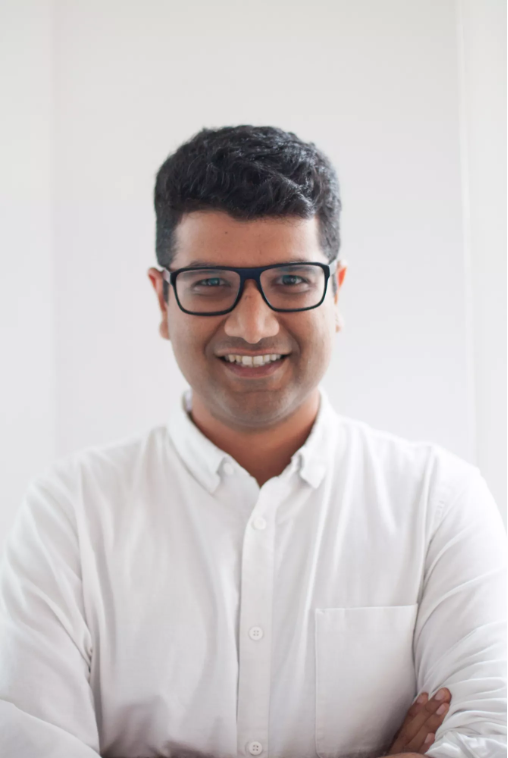 Legendary auction house Christie’s got a front-row seat to the NFT craze.

In March 2021, the 256-year-old art merchant facilitated the sale of a collage of the first 5,000 pieces made by digital artist Beeple, which sold for a mind-boggling $69.3 million. By the end of the year, Christie’s sold more than $150 million worth of NFTs.

Not surprisingly, the auction house is now doubling down on its bet on the Web3 space, announcing a new venture capital arm. The auction house did not disclose the size of the fund, but said it will primarily fund early-stage tech startups building either a Web3 platform, a fintech company that focuses on the art market, or virtual or augmented reality tech that enhances the art viewing experience.

The venture arm will be led by Christie’s executives, including CEO Guillaume Cerutti and COO Ben Gore, along with Seattle-based tech vet Devang Thakkar, who will be the fund’s global head.

“For me, it was an interesting realization last year when we saw the NFT market boom after the Beeple auction,” Thakkar said in a video interview with GeekWire. “We had a front-row seat to some of the founders that were building amazing tech in the Web3 space, but we didn’t have a way to accelerate or invest in them. A venture arm made complete sense because we already had organic deal flow.”

The NFT market has cooled since its meteoric rise in 2021. Christie’s sold just $5 million worth of NFTs during the first half of this year, compared to the $93 million worth of sales it made during the same period last year. Despite the sluggish market activity, Thakkar says it’s actually an opportunistic time to fund startups that are building products in the space.

“We felt that it is a perfect moment to invest in Web3 companies because speculation dropped off a cliff,” he said. “It’s the most opportune time to invest a dollar.”

Originally from Mumbai, India, Thakkar started his career at Microsoft as a product manager, then took the leap into the entrepreneurial ecosystem as vice president at a startup called Artsy. He was an executive at Better.com before being named global head of Christie’s venture arm in July.

He says he will remain in Seattle and work mostly remote, accepting startup pitches from the 46 countries that Christie’s operates in. We caught up with him to discuss how he ended up at Christie’s, his vision for the venture fund, the Seattle art scene, and his favorite digital artist. This conversation has been edited for brevity and clarity.

GW: Thank you for speaking with us, Devang. Can you start by telling us a little about your Seattle roots and how you got into art?

Devang Thakkar: I grew up in the crazy city of Mumbai (India) with 19 million of my closest friends and family. My mother is an artist, so I grew up around it. We always had some painting-related discussion going on in the house.

“Our investment target is going to be companies that are reducing friction for buyers and sellers in the art market.”

I moved out to the United States to attend Columbia University. I was a first-generation immigrant, with no family here. At some point, I landed an internship at Microsoft because they were handing out raffle tickets to get an Xbox. I never won an Xbox, but I ended up with an internship, and worked there for more than a decade. I built operating systems. I worked on Bing and MSN. And my last product was Microsoft Teams.

At that point, I heard of this company called Artsy, which was building a whole startup around the intersection of art and tech in New York. So I decided to take the leap of faith in the startup ecosystem and moved back there, helping grow that company from a 50-60 person team to a 300-person startup, with multiple funding rounds. In the process of building Artsy, I met people from most of the top institutions in the art world.

My wife works at Microsoft, so we knew that when we had a family, we would come back [to Seattle]. We now have a 14-month-old child — and he’s the center of our universe.

What gets you excited about working with Christie’s?

Christie’s is one of the top institutions in the art market. It’s one of those brands that stood the test of time and continues to innovate, with technology, artists and everything in between. And it’s brought real change to the market, especially over the last two-to-three decades.

Last year, Christie’s did $150 million in NFT sales. For the first half of this year, that number is around $5 million. You were saying there’s less speculation and it’s an opportune time to invest. Can you expand on that?

If you look at the 2000 crash or the 2008 crash, when the speculation cleared, it was the good tech and art that survived. In 2000, we got Amazon, Bloomberg, Google and eBay. If you look at 2008, we got Facebook and Twitter. With trends in any boom and bust cycle, there’s regulation and standardization, then there is a correction when the expectations get normalized. And then, finally, the cycle rinses and repeats itself.

Can you tell us a little bit more about what types of startups you’re hoping to invest in and at what stage?

We are predominantly focusing on seed and Series A. Our investment target is going to be companies that are reducing friction for buyers and sellers in the art market. The second pillar is technologies that make it easier to consume art, whether that’s hardware, software, augmented reality or VR.

Our next investment focus is going to be companies that are building tech that makes consuming both two-dimensional and three-dimensional art easier. I can’t easily send a giant art piece from New York to Australia, and the two-dimensional flat-screens that are used don’t always give you the same experience, so we are looking for companies that are enhancing the art viewing experience. The final piece is around financial innovation in the art world. That could be pricing and valuing, financing, or lending.

What do you look for in founders? And can you tell us about your first investment?

We are looking for startups and teams that have a proven track record of building good technology. Whether that be through prior companies, prior exits or even strong foundational background at big tech. There’s no one thing that points out success or ability to deliver, but really we want to see teams that really work closely together.

Our first investment was in Vancouver, Canada-based Layer Zero. The founders of that company have known each other since college, and they’ve worked together on multiple startups. That level of camaraderie is what I’m looking for.

It seems Seattle has been doing a lot in the NFT space. There’s even an entire museum dedicated to the tech. Can you talk more about Seattle specifically and the art scene in the region?

The Seattle Art Fair is a phenomenal local event that happened for the first time since the pandemic. I was just there with some colleagues from Christie’s and the local investment community, who are all very excited about the art space. In addition, I’d love to do a Christie’s Ventures pitch day in Seattle in the fall. If a startup is building software or fintech tools that can help not just the art world but any two-sided marketplace — we would be interested in hearing their pitch.

Do you have a favorite digital artist right now?

I really like this artist FEWOCiOUS. He showed up at Christie’s a couple of times. He is very young, and he used an iPad to sketch out art for me. It’s this innovation story. If you remember the book “The War of the Worlds,” a character in that novel had a device that was described like an iPad. That shows that artists in the past were able to create a vision of what a tech device would look like in the future, and today’s artists are actually using a similar-looking device to predominantly create work. That really gives me hope that the innovation cycle from conceptualization to creation continues through the minds of artists and creators.

It sounds like art and tech have come full circle for you.