Microsoft announced the slowest growth in its digital advertising business in more than a year, part of a bevy of tech giants to report decelerating ad revenue amid the broader economic downturn.

Announcing its quarterly results Tuesday afternoon, Microsoft said revenue was $100 million lower than expected for LinkedIn and for Microsoft search and news advertising in its fiscal fourth quarter, ended June 30. The company cited an overall slowdown in ad spending, as the economy impacts marketing budgets.

The company’s search and advertising revenue was about $3 billion for the quarter, an increase of 15% from the same period last year, its lowest quarterly growth rate in more than a year.

LinkedIn’s overall revenue, including ads and subscriptions, was $3.7 billion for the quarter, up 26%, which was also its slowest year-over-year growth rate in more than a year, according to current and past Microsoft financial data. Microsoft acquired the business social network for more than $26 billion in 2016.

The deceleration in Microsoft’s digital advertising growth is part of a broader trend impacting tech stocks across the board, as macroeconomic factors including inflation are causing many companies to cut back on marketing spend.

During the pandemic, consumers were glued to their computer screens, prompting a massive spike in digital advertising revenue for tech companies. But with a return to normalcy and fears of a looming recession, companies are pulling back that spending.

“More broadly, despite the current headwinds in the ad market, we are expanding our opportunity in advertising as we look towards the long term.”

Many VC-backed startups are cutting back on paying for ads, said former Zillow CEO Spencer Rascoff in an interview with CNBC on Monday.

Many of the companies in his own investment portfolio have either severely reduce their ad spending or cut it out entirely, Rascoff added.

Here are a few other tech companies to see decelerating advertising revenue: 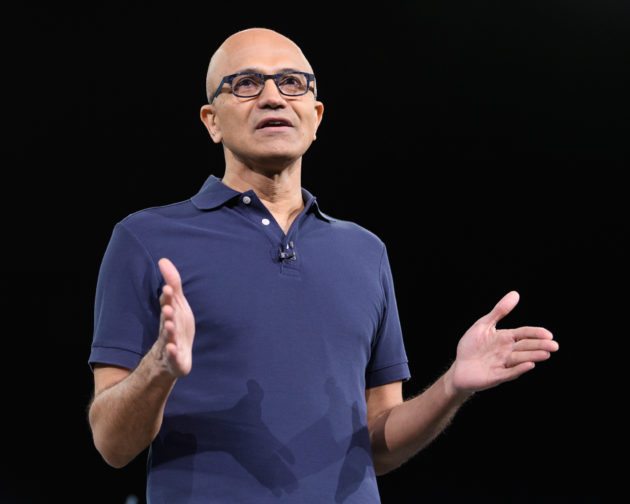 Microsoft expects the overall sluggishness in the ad market to continue into the first quarter of its new fiscal year, said Amy Hood, the company’s chief financial officer, on a conference call with analysts and investors.

Nonetheless, Microsoft CEO Satya Nadella said on the call that the company is doubling down on advertising in search of another source of long-term growth, while attempting to differentiate itself from other big tech companies with its privacy features and data controls.

Nadella cited Netflix’s recent decision to partner with Microsoft on its new ad-supported tier as a proof point.

“More broadly, despite the current headwinds in the ad market, we are expanding our opportunity in advertising as we look towards the long term,” Nadella said. “We are creating a new monetization engine for the web, an alternative that offers marketers and publishers more long-term viable ad solutions, and supports consumer privacy and strong data governance.”

Microsoft recently completed its acquisition of AT&T’s Xander advertising technology business. In addition, Nadella said, the company plans to use its Edge browser and Microsoft Start personalized news feed to further advance its goals in the advertising sector.