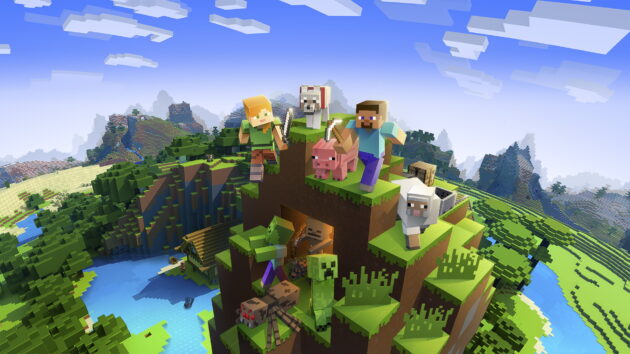 In news that came as a blow to several trading communities, the makers of Minecraft announced on Wednesday morning that it would rewrite the game’s user guidelines to effectively prohibit fan-created integrations of non-fungible tokens (NFTs) with the game.

Under Minecraft‘s current user guidelines, administrators are allowed to charge users for access to their personally hosted Minecraft servers, although several additional rules apply. This includes requiring paid users to have genuine, paid-for versions of the game, and that access fees stay exactly the same for every user.

Mojang, the Swedish development studio and Microsoft subsidiary behind Minecraft, intends to revise those guidelines to also prohibit the implementation and exchange of NFTs in the game.

Here’s an early look at our upcoming guidelines regarding Minecraft and NFTs.

If you’re a player or creator actively involved in the buying, selling, or trading of NFTs that make use of Minecraft, please read the information in the article below.https://t.co/3S4uYmiSvf pic.twitter.com/Gl0EkoKQqs

In a post on the official Minecraft blog attributed simply to “Staff,” Mojang announced that “blockchain technologies are not permitted to be integrated inside our client and server applications, nor may Minecraft in-game content such as worlds, skins, persona items, or other mods, be utilized by blockchain technology to create a scarce digital asset.”

The stated reasoning behind the change does not name any particular names, but notes that third-party companies have launched Minecraft-integrated NFT implementations that have created play-to-earn versions of the game, where activities performed in or out of the game allowed players to gradually acquire Minecraft-themed NFTs.

“Each of these uses of NFTs and other blockchain technologies creates digital ownership based on scarcity and exclusion,” the post states, “which does not align with Minecraft values of creative inclusion and playing together. NFTs are not inclusive of all our community and create a scenario of the haves and the have-nots.”

Other cited concerns include the unreliability of third-party NFTs; the technology’s general reliance on asset managers who may suddenly vanish, taking a user’s NFTs with them; and NFTs’ general tendency to get involved in what are essentially pump-and-dump schemes.

Mojang further stated that it has no plans to implement its own official blockchain tech into Minecraft “right now,” but will be keeping an eye on how the technology continues to evolve. There is as yet no word on how the rules change will affect last year’s official Minecraft NFTs, released as a collaboration with Enjin.

One company affected by Mojang’s rules change is NFT Worlds, which bills itself as a metaverse platform. It had previously hosted a customized Minecraft server, where users could buy virtual plots of land as NFTs for use in-game, among many other metaverse projects.

Its official reaction to the Minecraft NFT ban, as shared on its Discord server, is to explore options that may include moving its tech over to a different, similar crafting game, or marketing its style of implementation as a service to other game developers. The company does not intend to leave the space, and is “dedicated to a solution.”

To be fair, this was most likely inevitable. There’s a peculiar resistance in the NFT/crypto sphere to understanding that an NFT themed around someone else’s intellectual property will still be legally treated as violating intellectual property law, as it’s essentially unlicensed securities trading. This was also seen earlier this year with the Magic: The Gathering-themed mtgDAO project.

If Web3 really is the future, the future will still have lawyers.