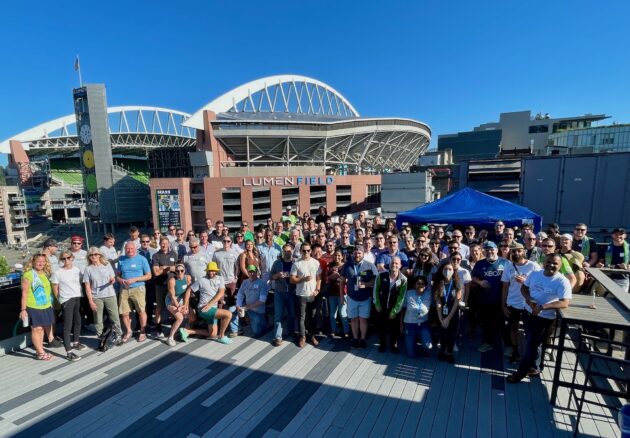 We had a blast at our annual party with more than 500 people coming together on a picture-perfect 72-degree day at the First Mode rooftop deck in Seattle. 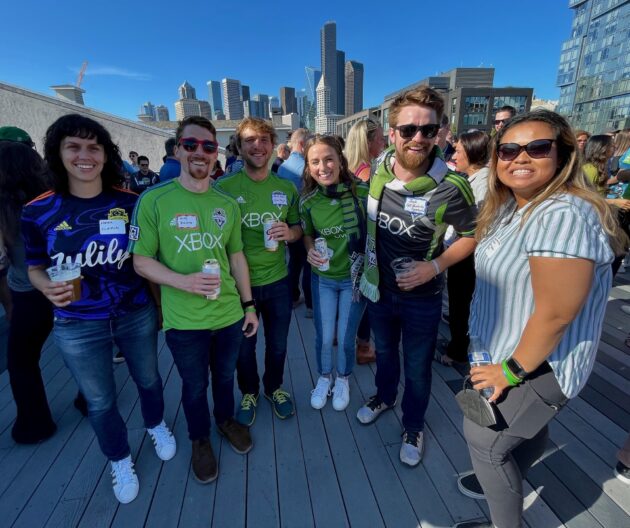 After the beers and BBQ, we headed across the street to Lumen Field and watched the Sounders get a big 1-0 win over FC Dallas.

A huge shoutout to our presenting sponsor First Mode, as well as gold sponsor WaFd Bank for bringing the community together for this fun event. 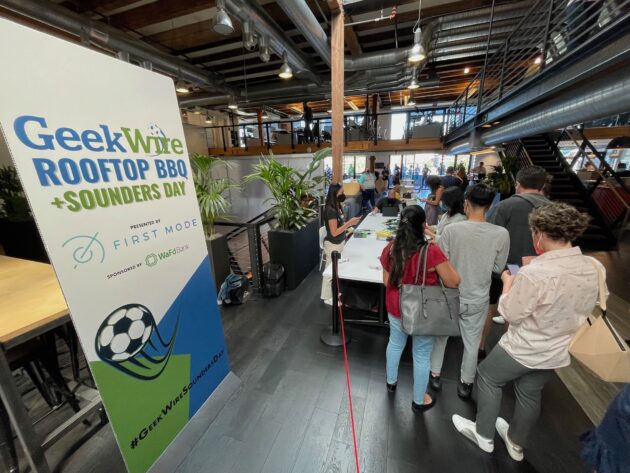 “The problems we’re trying to fix are big,” First Mode CEO Chris Voorhees told the crowd. “We need all the help we can get.”

And a big thank you to Sounders legend Steve Zakuani, who joined us for a conversation with GeekWire co-founder John Cook. 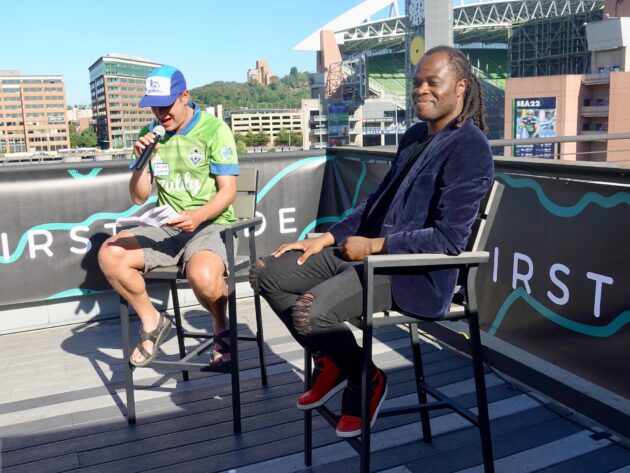 Zakuani, a number-one pick in the 2009 MLS SuperDraft, played for the Sounders from 2009-2013, scoring 17 goals in 80 appearances. He suffered a career-threatening leg injury in 2011 but was able to recover and play again. Zakuani, 34, wrote a book called 500 Days about the journey he took to get back on the field.

“For a lot of you, your biggest victories and successes will be right on the other side of this turbulence and adversity you’re facing,” he said. “And I will tell you, just stick with it. One day it will all come together, and it’ll be worth it.”

Read on for more from Zakuani, and watch the full interview below along with photos from Sounders Day. And be sure to get your tickets to our next event, the GeekWire Summit on Oct. 6-7.

On why he stayed in Seattle after retiring: I’ve been tied to the Sounders for 12 years now. I’m very close to the team. It’s a great soccer community. I’m a fan of the game as well, and being here around all of you on a daily basis, I couldn’t pick anywhere else in the U.S. to live. It’s the people and the culture and the soccer fandom that kept me here.

On the fastest Sounders players ever: Jordan Morris, DeAndre Yedlin, and Steve Zakuani.

On the current Sounders player he’d want to play with: Captain Nicolás Lodeiro. He’s the best player in our history, probably.

On advice for entrepreneurs facing tough times and moving forward: In terms of facing challenges and adversity, whether you’re an athlete or an entrepreneur, the best advice I got was from one of my trainers on the Sounders. He said, ‘stick with it every day, just stick with it.’

It’s important to remind yourself that even half a step forward is still forward progress. I think most people give up right at the moment when it’s actually about to turn. There are people who had my injury who never came back. And the difference was I just stayed with it.

It took me almost two years. But in the end, running back out on that field in front of all the fans, it’s one of the best nights of my life and it made it worth it.

Keep scrolling for more images from the rooftop BBQ party: 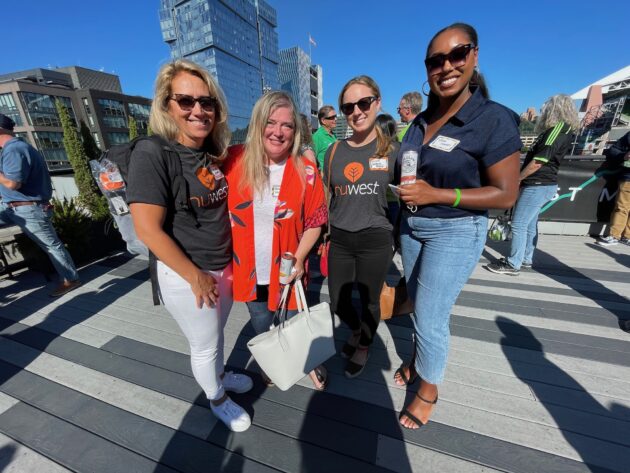 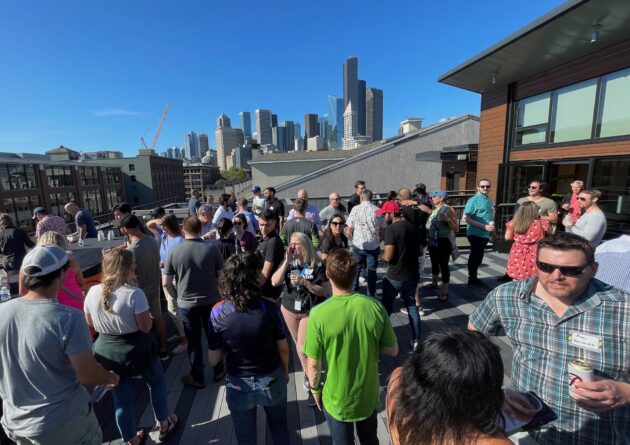 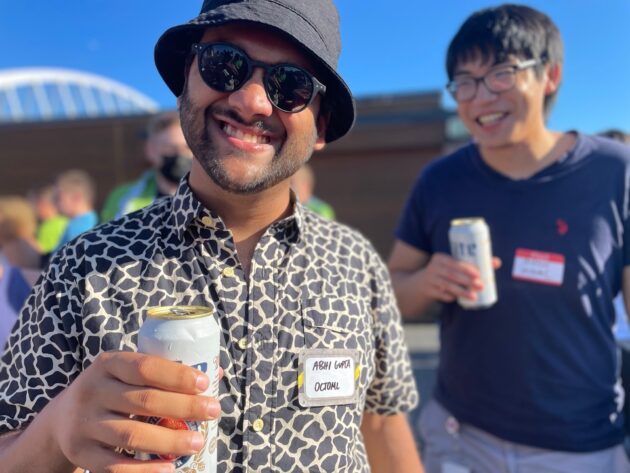 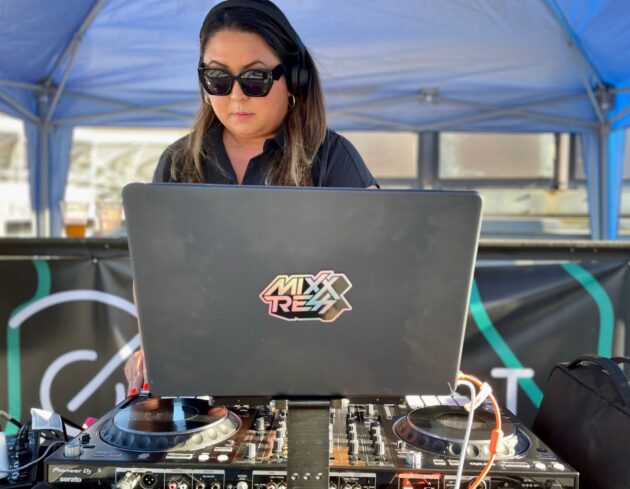 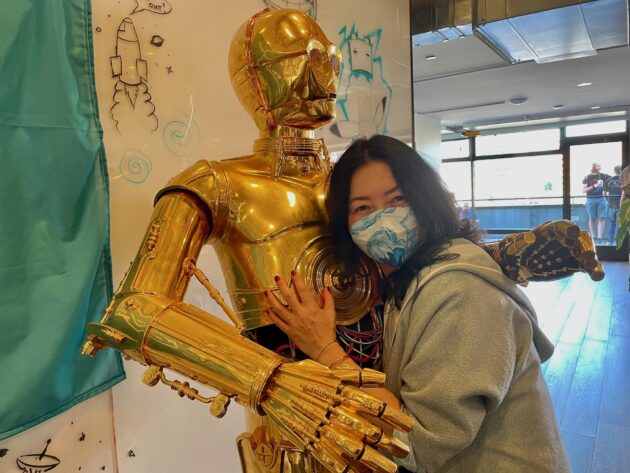 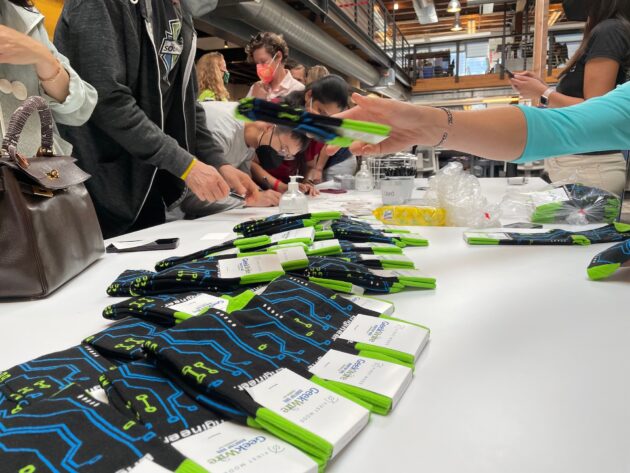 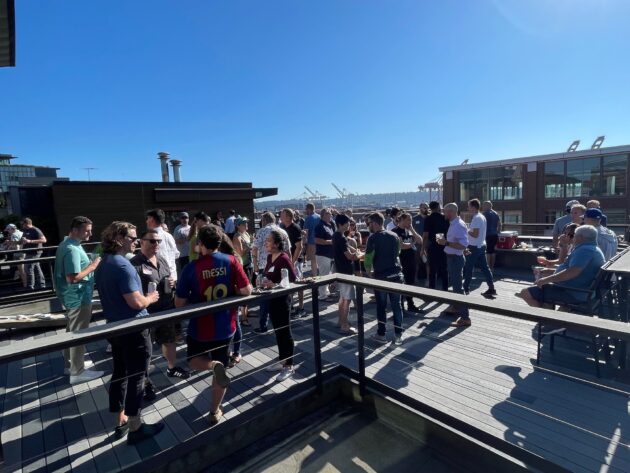 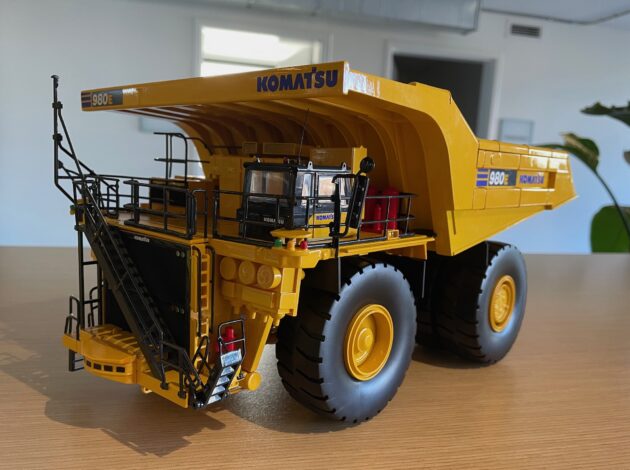 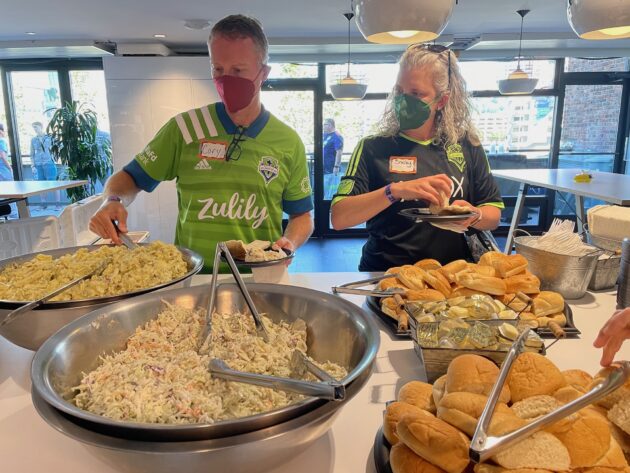 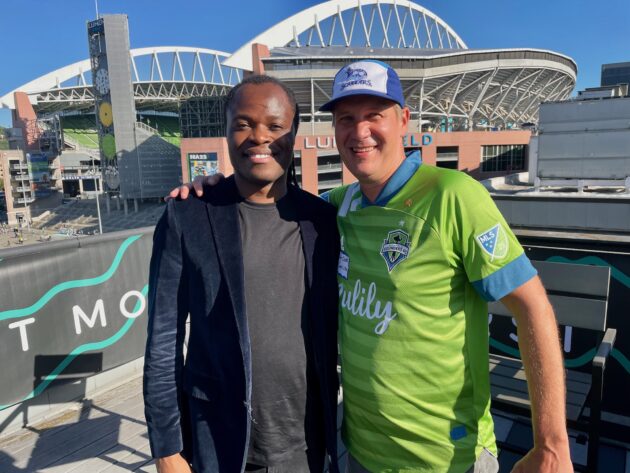 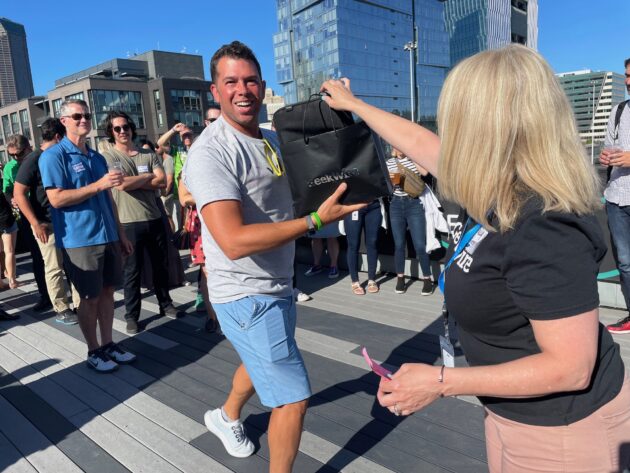 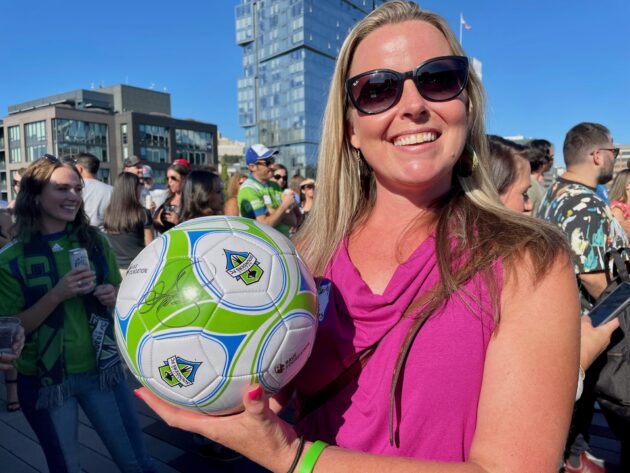 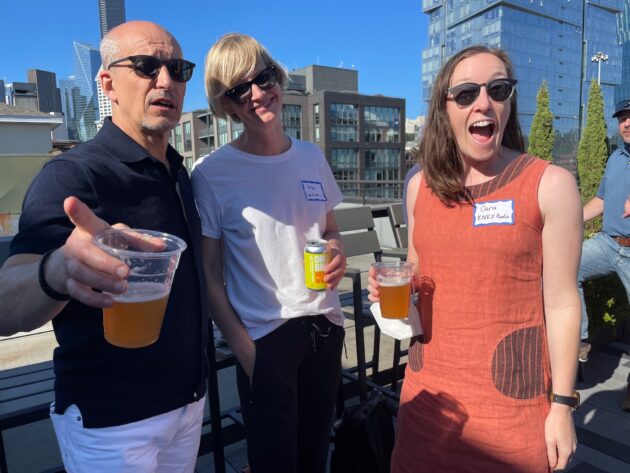 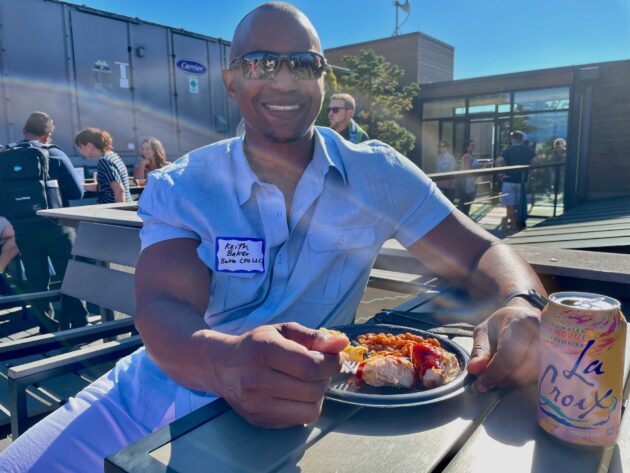 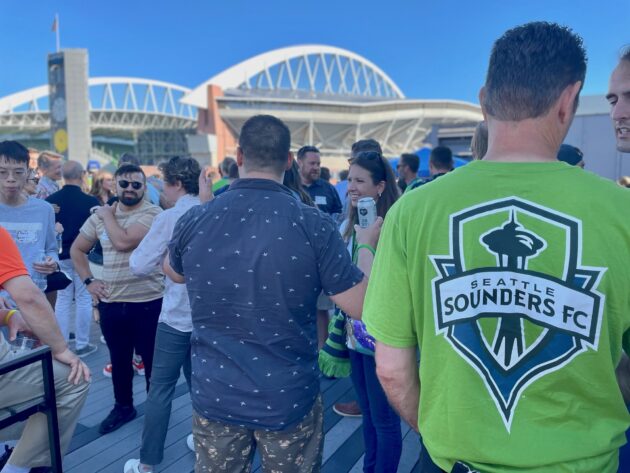 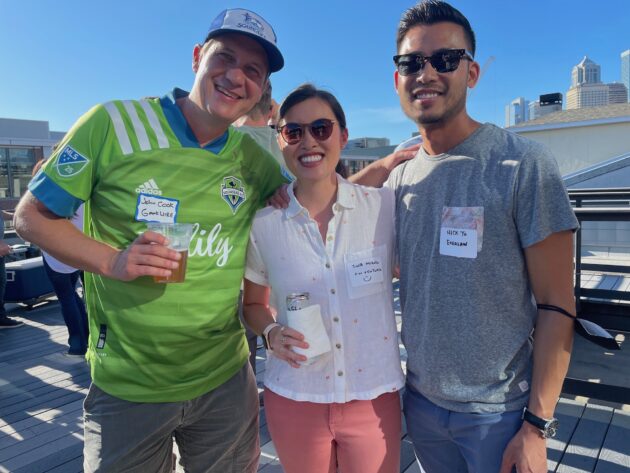 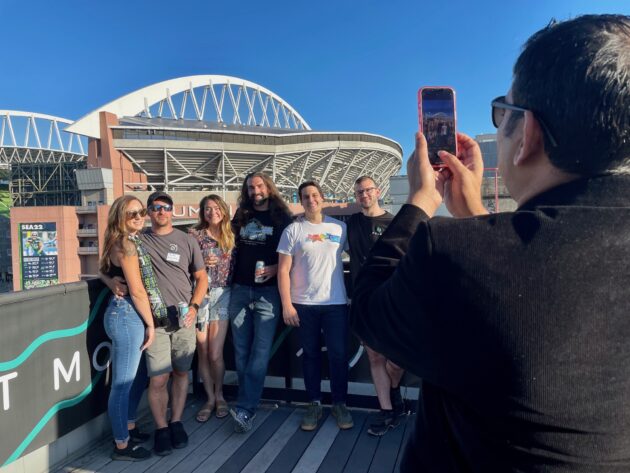 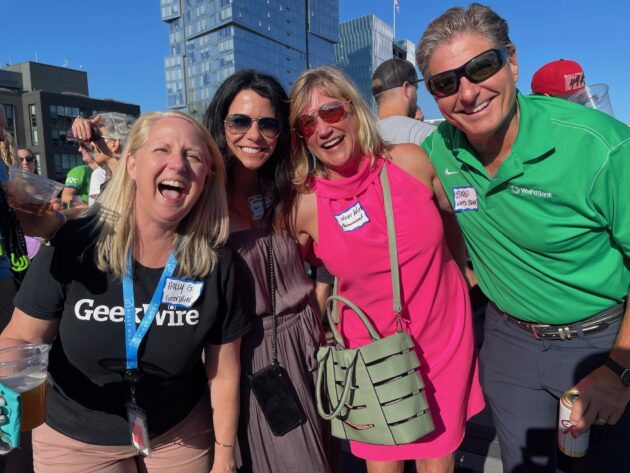 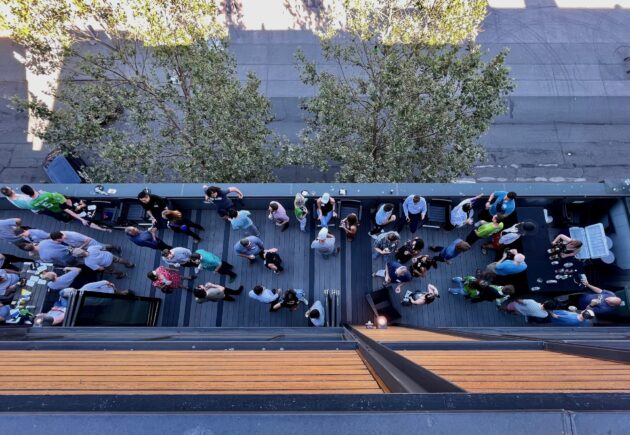 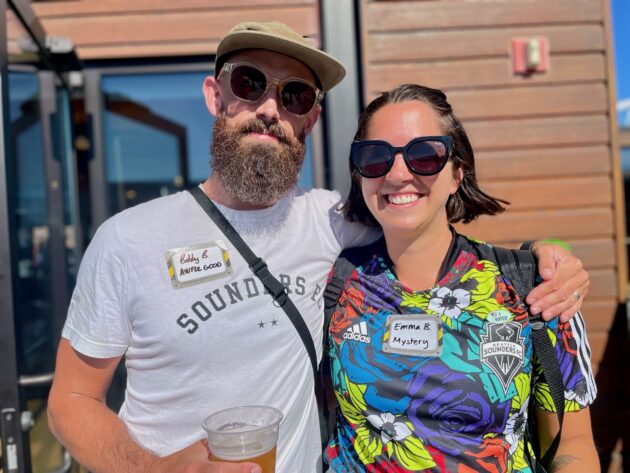 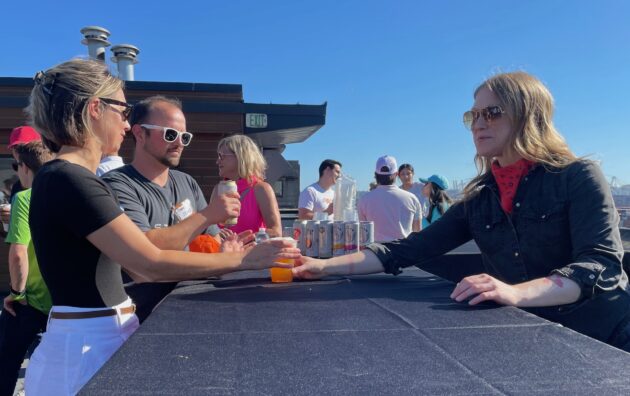 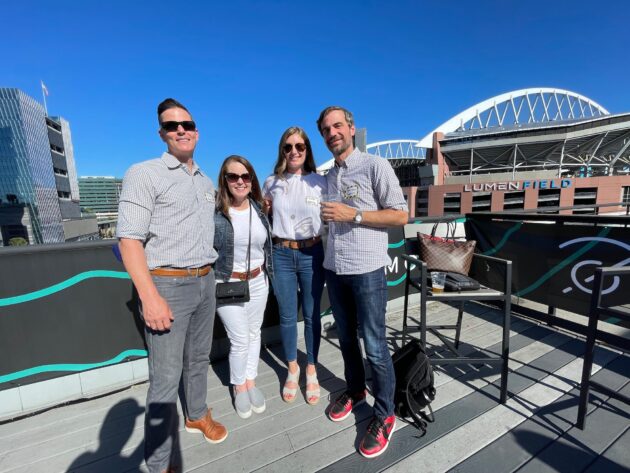 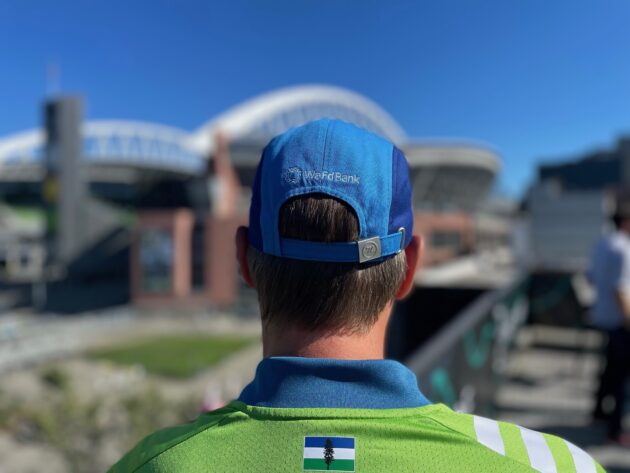