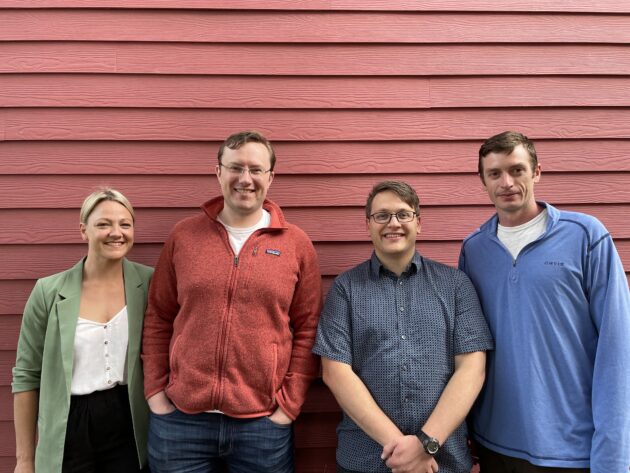 The Bellevue, Wash.-based startup was founded in 2017 by Stephen Grabowski and Joe Sarre. They worked together at Skyscanner, a travel search engine, then teamed up to build Gordian. The startup provides an application programming interface, or API, that plugs into an existing ticketing system to upsell ancillary products, such as baggage or seat selection.

“Much of the airline industry is stuck in a technological time warp, working with outdated systems that don’t communicate with each other,” said CEO Grabowski, in a statement.

The company says it works with industry giants globally, including Hopper, Priceline and Trip.com, along with nearly 100 airlines. It adds that its revenue has grown 350% in the past six months, boosted by a massive rebound in travel.

Upselling customers has contributed to a larger percentage of airline company revenue over the past decade, according to Gordian. The company adds that ancillaries have a relatively high margin, and without them, many airlines would not be profitable.

It is not the only company building out software for travel companies. Expedia Group, for example, announced in May that it was launching a platform to provide other companies with the underlying infrastructure to build out an online travel business.

Gordian plans to use the funding to triple its headcount by the end of the year, growing from a workforce of more than 30 employees and 80 contractors. The startup will also look to implement new add-ons for clients, such as insurance and fare protection, automatic check-in, and health testing.

The company mostly works remote, with 8 employees based in the Pacific Northwest.

Accomplice and its sister firm Vinyl led the round, with participation from Kinnevik, DST Global Partners and Latitude. These firms focus their investment strategies on the travel industry, with notable investments such as Airbnb, Hopper and TravelPerk. It’s also backed by startup accelerator Y Combinator.

The startup says it is profitable and that it raised $33 million to-date. It is currently valued at $200 million.